In 1944 the Russians invaded Latvia. I was two years old. Our family escaped in a small boat to Sweden and we came to America. I am forever grateful for the assistance we received.

The Ukrainians now face the same fate. Of three million Ukrainian refugees, 5,000 have arrived in Latvia and more are coming.

In 1990 my brother and I started a non-profit foundation, the Latvian Medical Foundation (LMF) to help the newly independent Latvia with emergency medical aid. After the crisis was over, we continued to help the Latvians improve their medical system. In the past 20 years the LMF switched to education and has awarded $274,000 in travelling fellowships to 52 young doctors.

Now, new needs have arisen and we are re-directing the LMF to provide emergency assistance to Ukrainian refugees. The Latvian Medical Foundation will assist Ukrainian medical personnel who have come to Latvia and will work to help more resettle in Latvia. The LMF will help the refugees with their medical care expenses and other needs. We will provide financial support ($1,000) to Ukrainian war refugees who have received a residence visa in Latvia and will work in one of the Latvian healthcare facilities. Now more than 100 medical professionals are waiting for our support. We will provide this support, in cooperation with the Latvian Medical Association, Latvian hospitals and state institutions, so that the aid reaches those who need it more quickly.

Latvian surgeons have gone to Ukraine to help on the ground and LMF will send necessary medical equipment to them.

Thank you for your support.

Ukraine, war, freedom, help – these are 2022’s most commonly used words. And behind these words are events and people.

Throughout this year, the Latvian Medical Foundation, which was set up 30 years ago by doctors Bertram and Kristaps Zarins (USA), has helped financially those suffering from Russia’s attack on Ukraine. If the figures are calculated, EUR 173 000 has been donated to support Ukraine. However, the unspeakable support has been equally significant, as has been shown by the many warm words of gratitude from the Ukrainian people. Ukrainian war refugees – 150 health professionals working in Latvian medical institutions – have received the support of the fund.

In cooperation with one of the first volunteer couriers, Peter Dimants LMF was funded and delivered to Ukraine a fully equipped ambulance. Referring to the request of the Wound and Lay Association, the Foundation paid for the transportation of the injured to Latvia, where they were provided with highly qualified medical assistance. LMF donated for the medical care of Ukrainian residents, coordinated by the P.Stradins Clinical University Hospital Development Society.

Close and constructive cooperation has been established with the Latvian charity fund Ziedot.lv, which is responsible for the most acute needs of Ukraine. The Board of LMF decided to financially support the dedicated Latvian doctors, Martin Malzubris, and Olaf Libermanis, who have travelled to Ukraine to treat the injured from the first days of the war.

Latvian society also assessed the self-denial of both Latvian doctors. Olaf Libermanis and Martin Malzubris are the recipients of the “Humanity and Courage” nomination for “Latvian Glory of Latvia” this year.

The war continues and will need support for all those who suffer the hardest of it. It will be necessary to complement the professional skills of doctors by providing training grants, and there will be needs we don’t know about right now.

The Latvian Medical Foundation says a great thank to all donors who support the fund!

A bright and peaceful Christmas waiting time: these words now have a really new and much deeper sound.

Peace over the ground! 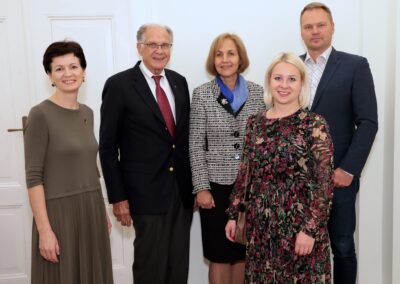 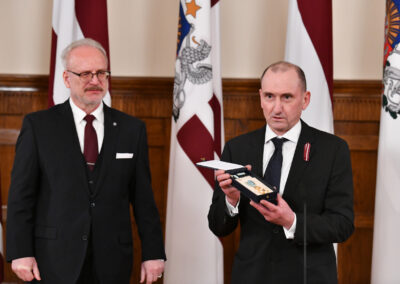 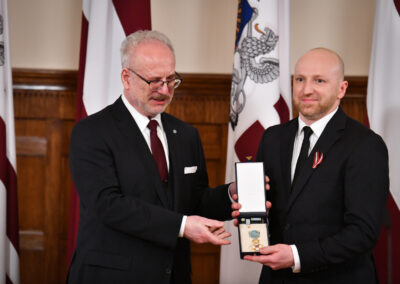 LMF’s support to the people of Ukraine

Each of us can support this and also other LMF initiatives that will help the people of Ukraine who are victims of the war.

LMF has provided assistance of USD 1000 for each of the Ukrainian war refugees who will work in Latvia in the medical field. 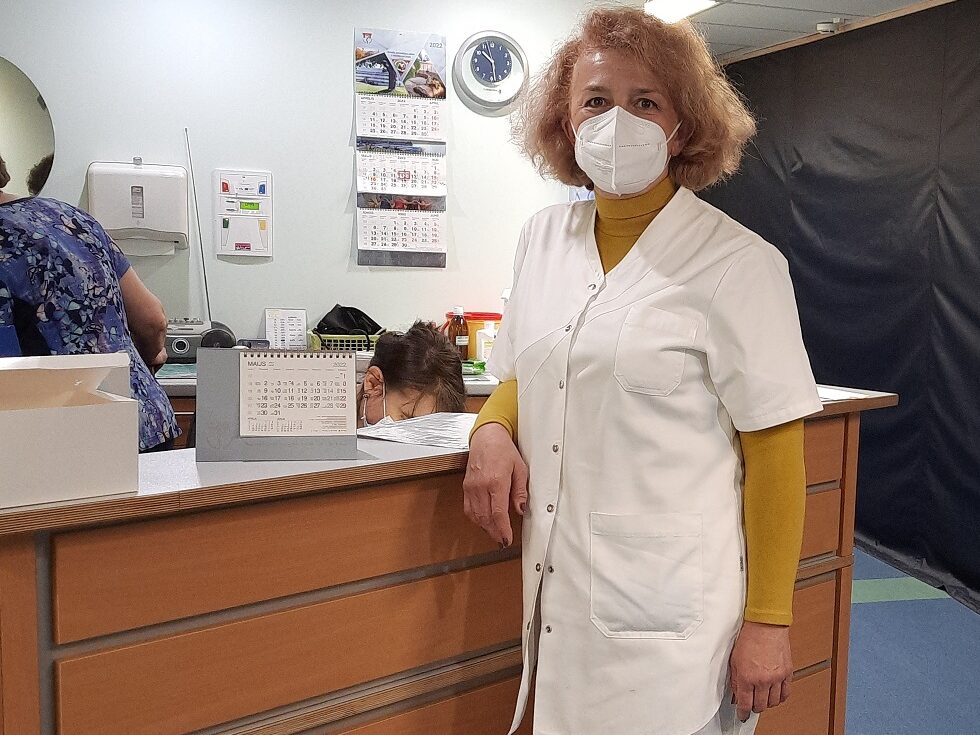 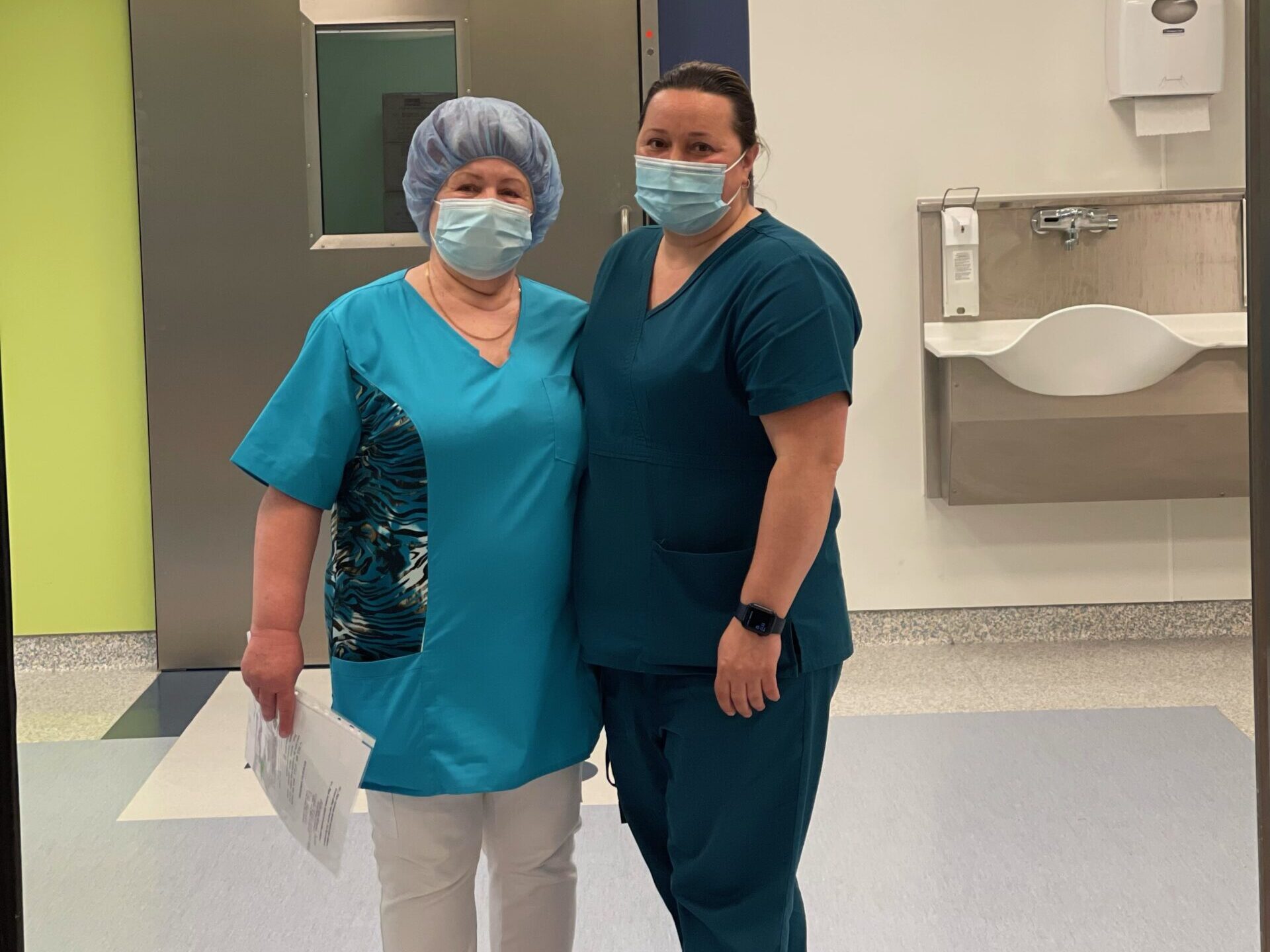 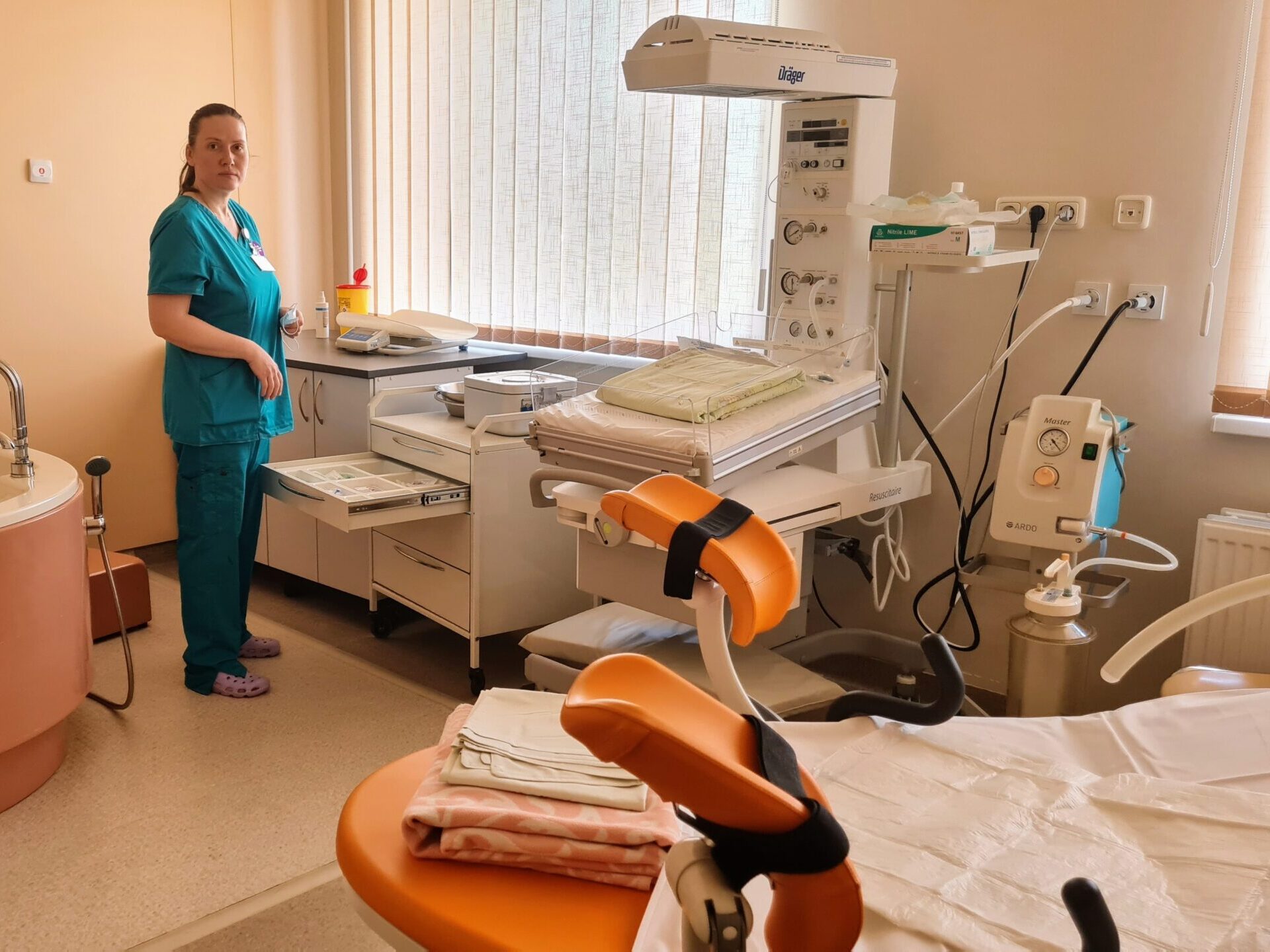 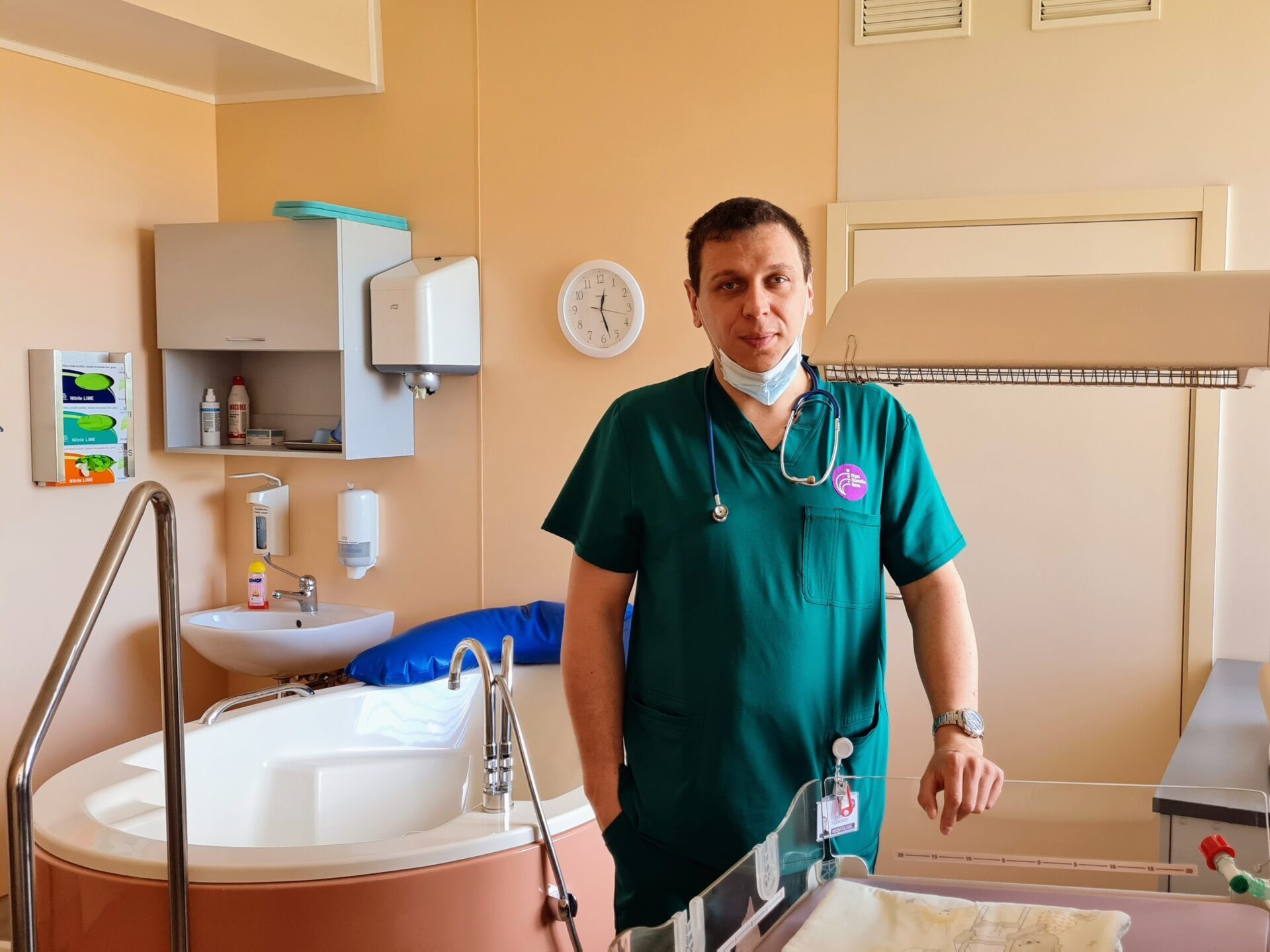 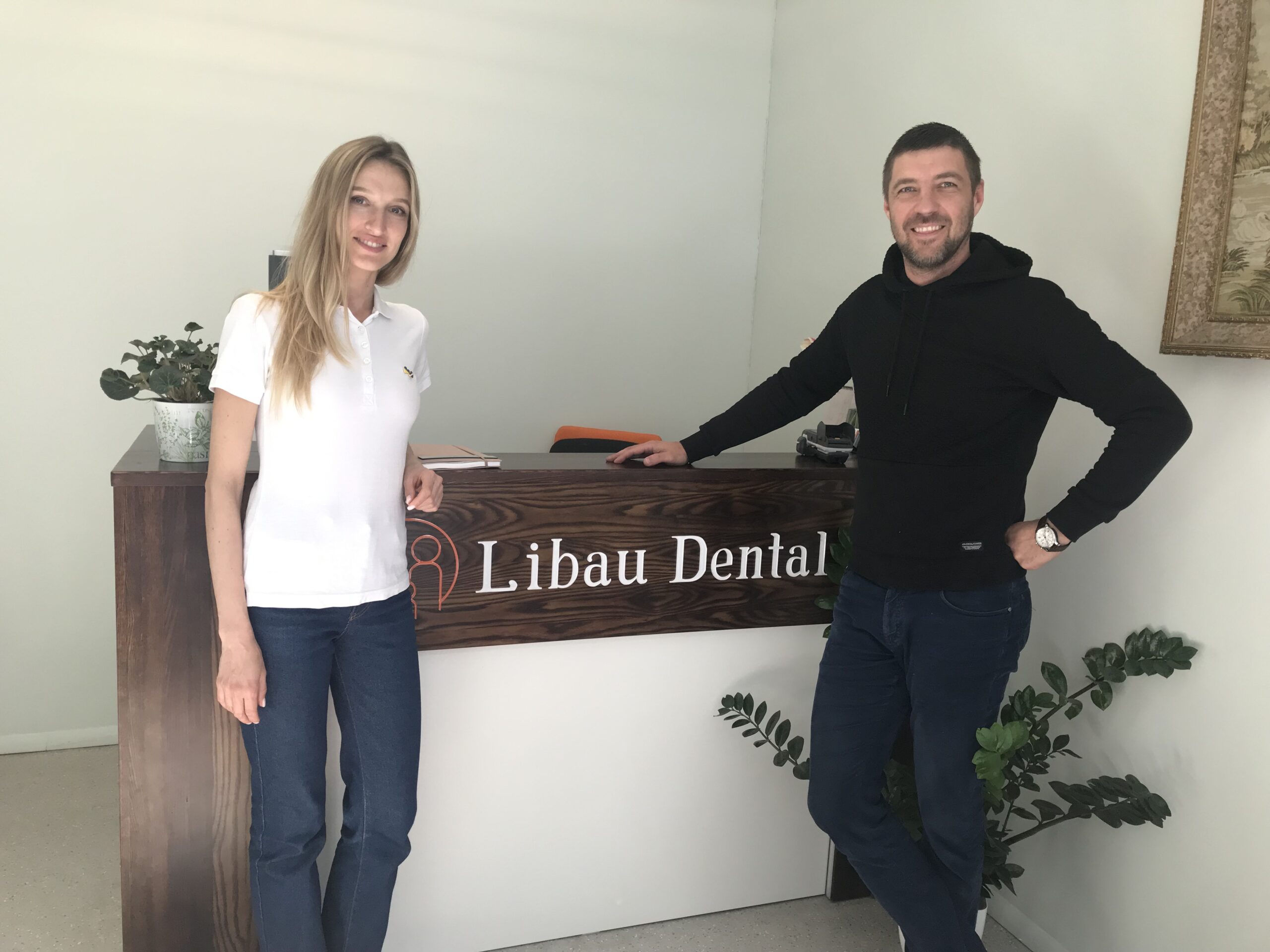 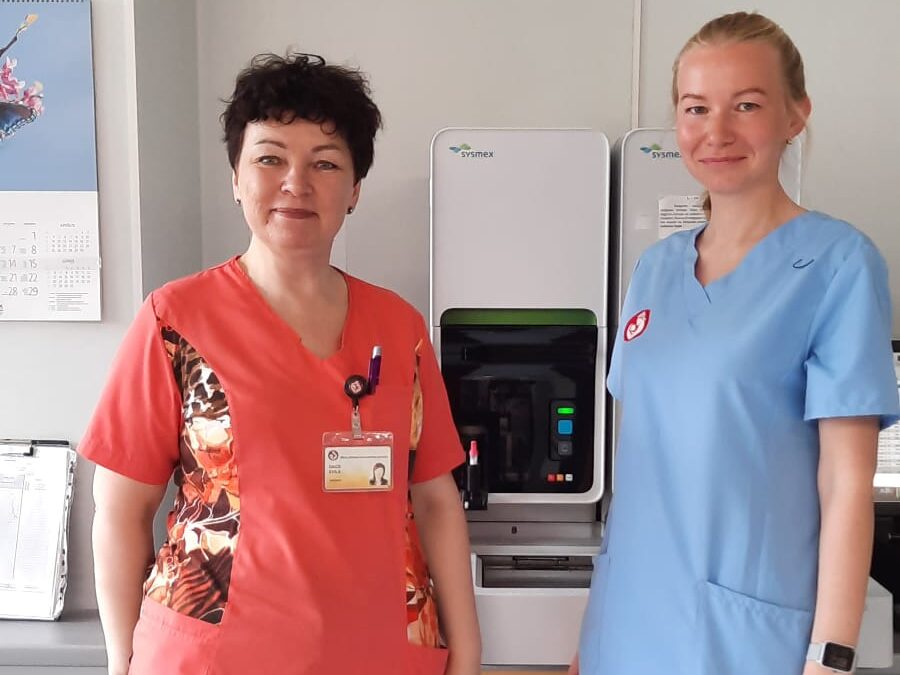 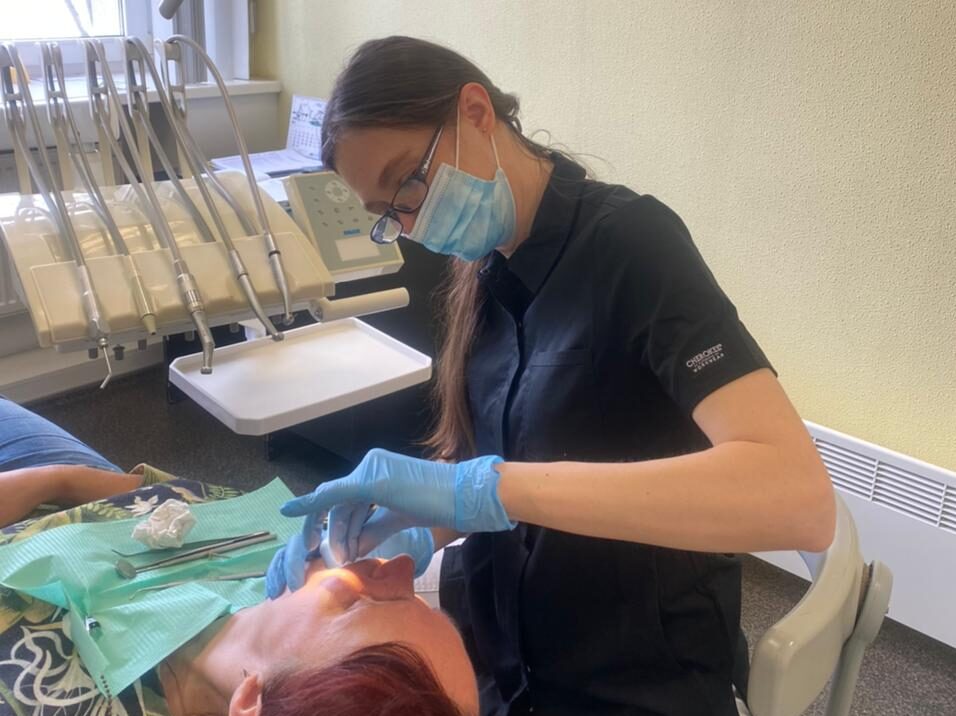 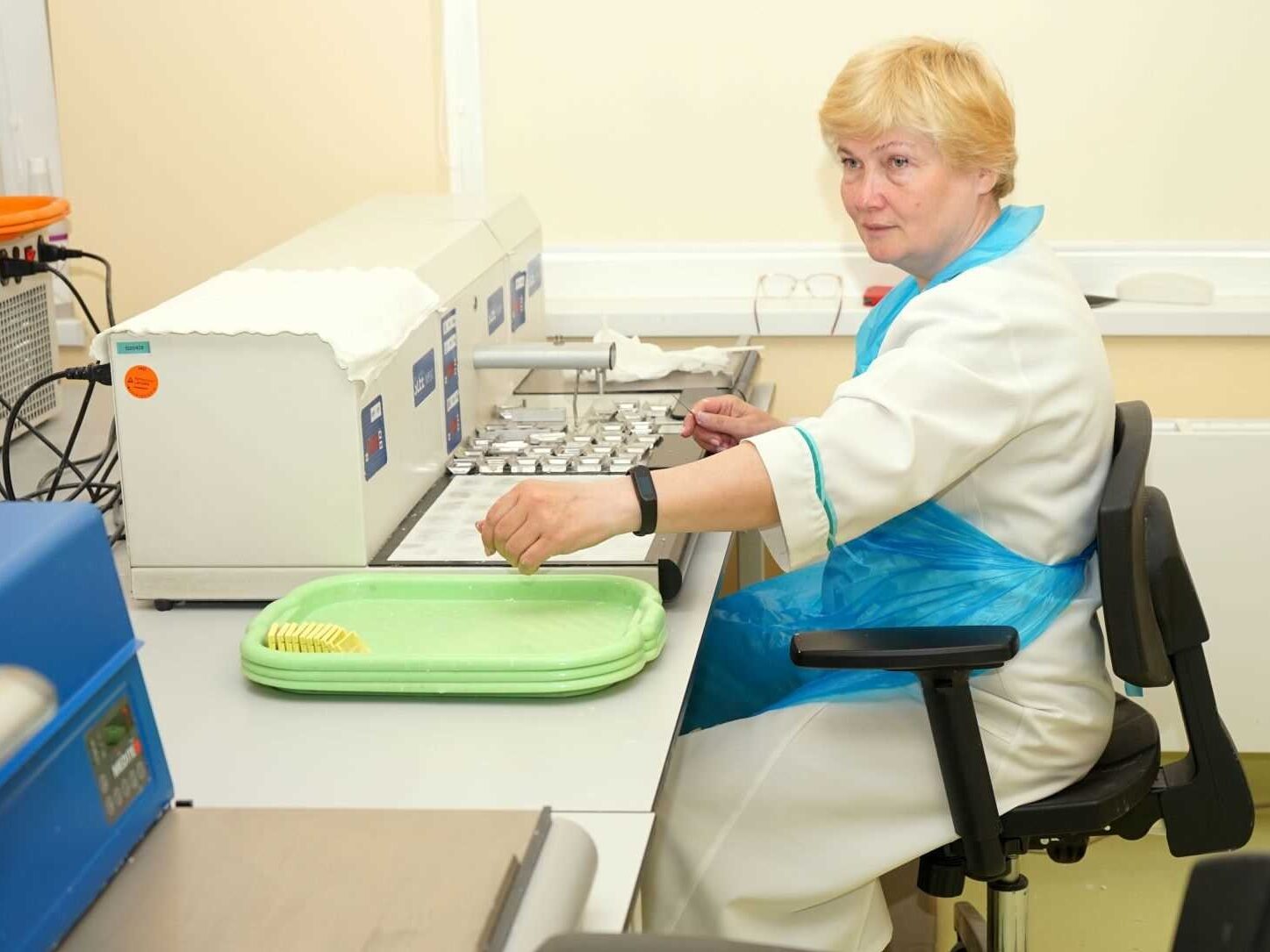 LMF sponsored Ambulance on the way to Ukraine

Latvian Peter Dimants along with his volunteer team today, April 10, transports a well-equipped ambulance sponsored by LMF to Ukraine. In 8 hours, the new ambulance will be able to bring injured people out of the front lines again. Peter says a great thanks to his new friends – the Latvian Medical Foundation – who solved this serious problem so quickly – provided a new ambulance in place of bombing.

From LMF thank you to all those who supported, but we need to continue our support

On the way to Ukraine video 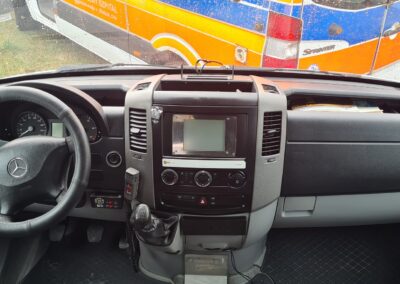 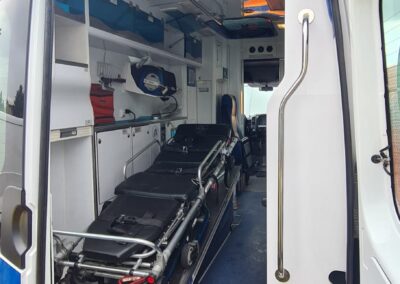 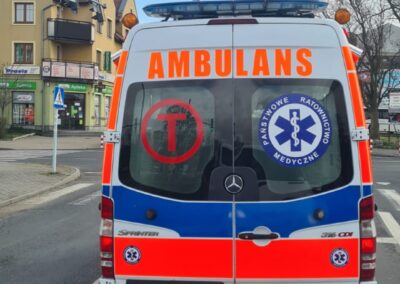 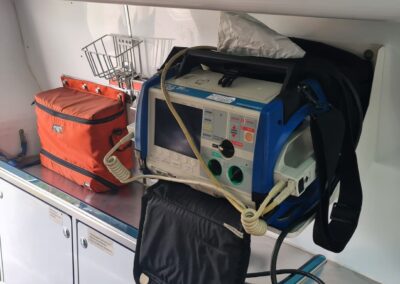 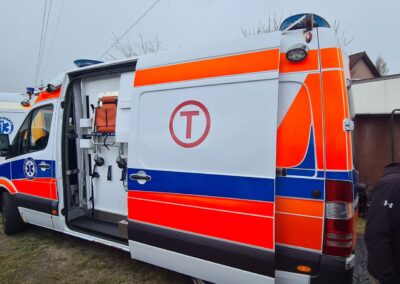 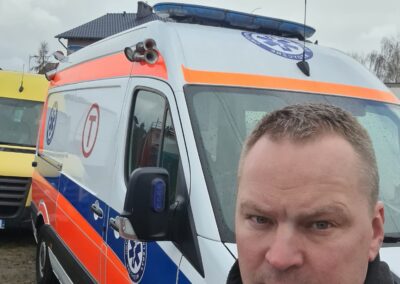 LMF sponsored ambulance is in service in Ukraine!

The Latvian Medical Foundation donated $40 000 to supply front-line Ukrainian healthcare workers with an ambulance. A well-equipped ambulance has been delivered to the Armed Forces of Ukraine by Latvian Peter Dimants and his team on April 19. Thanks to your donations, we received almost $10,000 to support this effort.

The Embassy of the Ukraine in Latvia sends its thanks for our assistance!  The Embassy of Ukraine is extremely grateful for the assistance provided by the Latvian Medical Foundation to Ukraine.

We need to continue our support to help Ukraine. 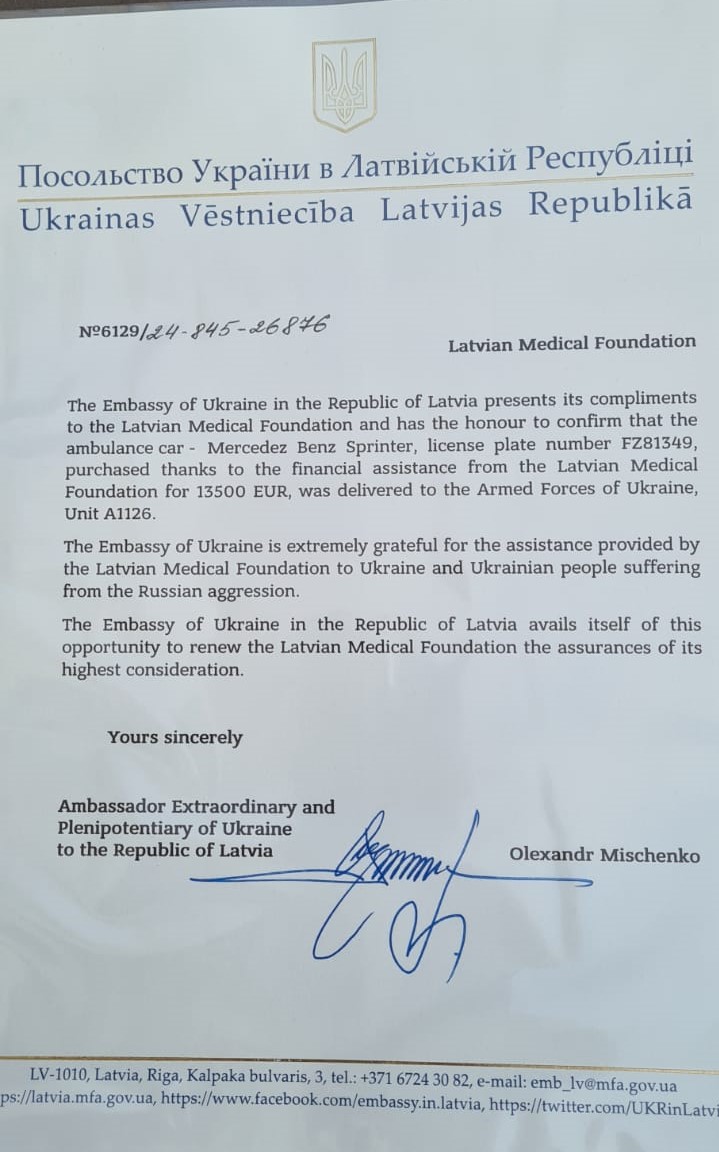 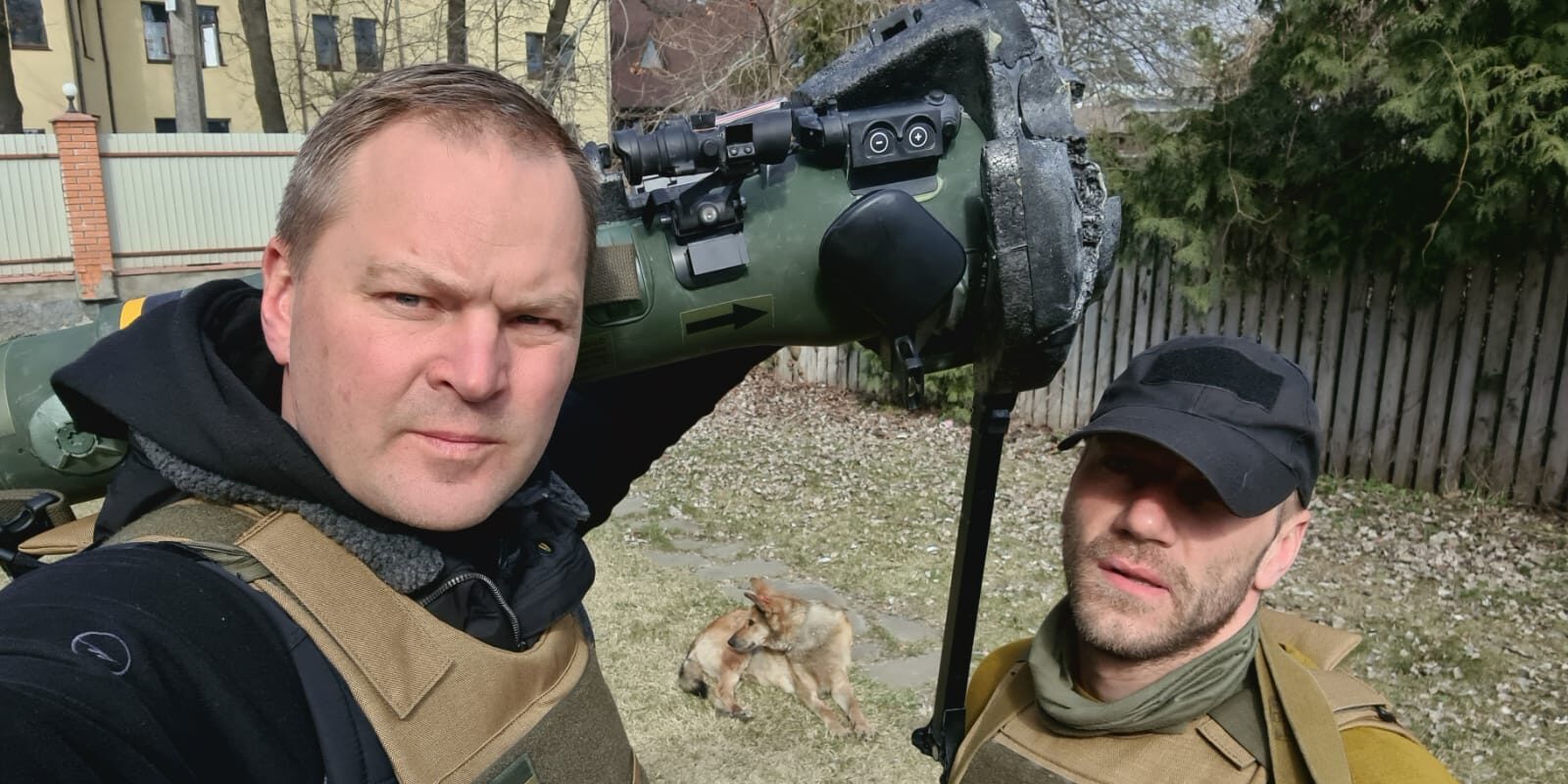 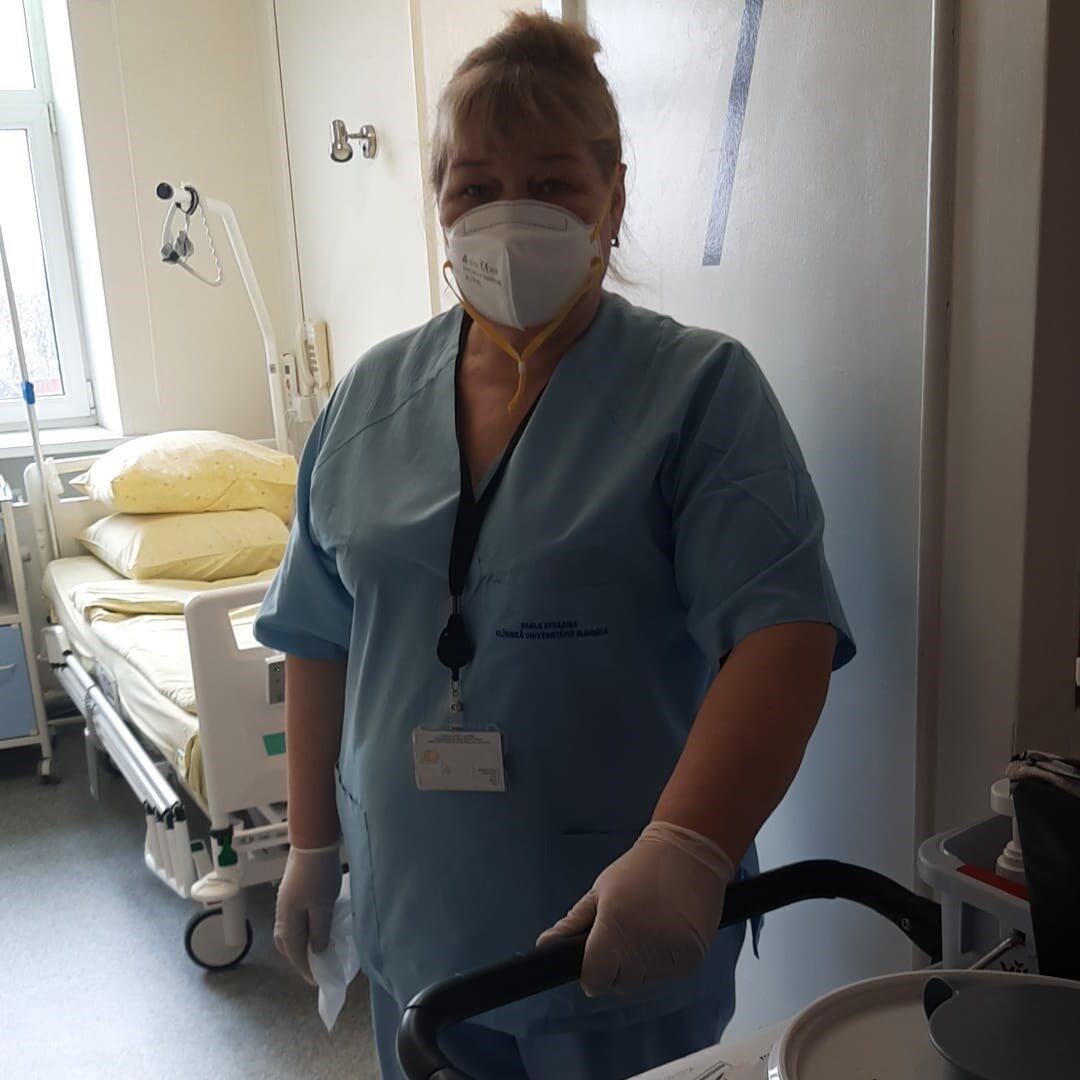 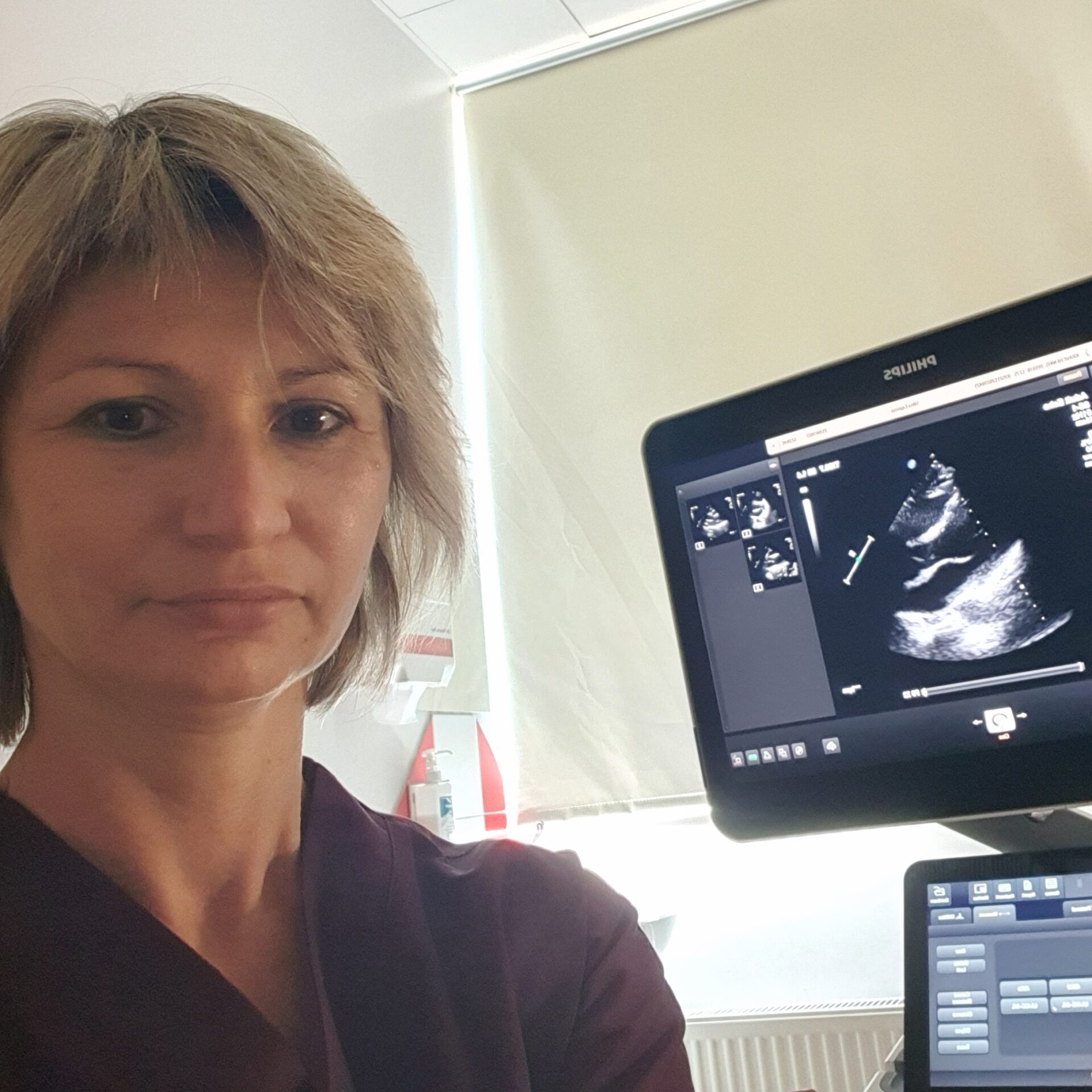 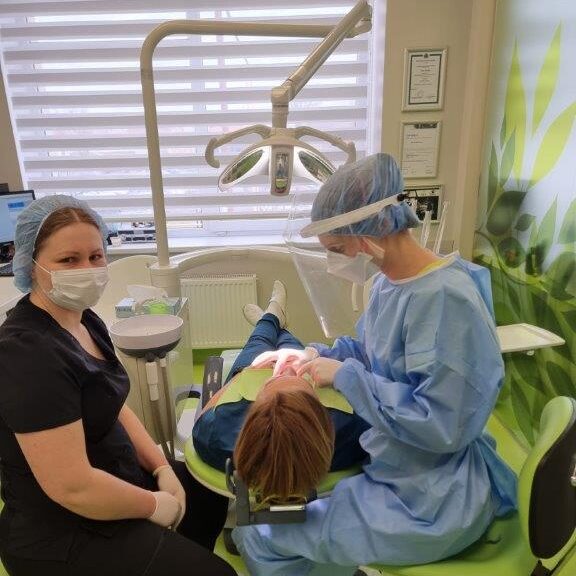 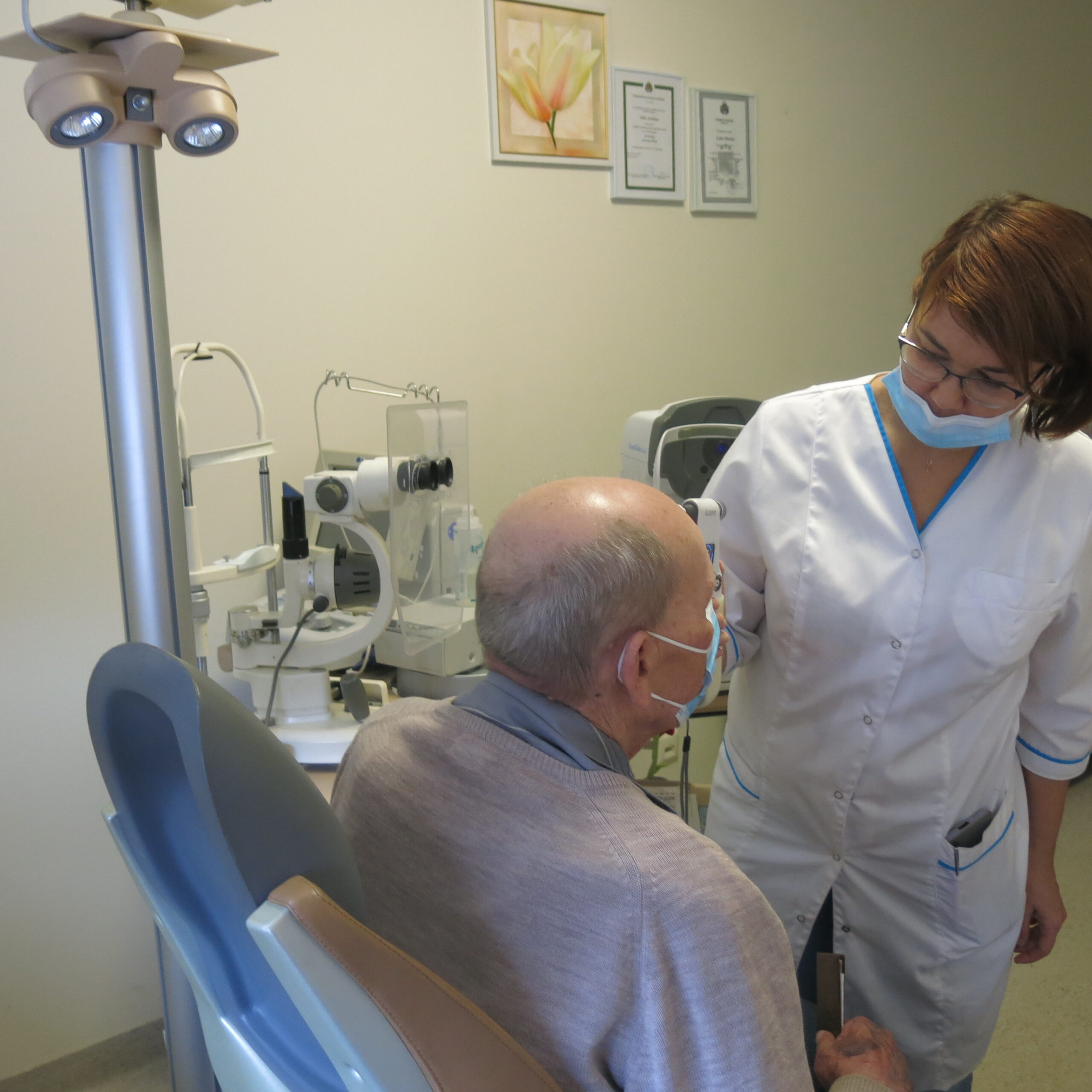