In 1987 Dr. Bertram Zarins visited the Soviet-occupied Latvia for the first time to speak at an orthopaedic medical conference in Riga. This gave him an idea to organize a medical conference that would unite physicians in Latvia with doctors who had emigrated following World War II.

Dr. Zarins made several more trips to Latvia and catalyzed the creation of a local committee in Riga to organize the Congress. With the help of Dr. Viktors Kalnberzs he obtained permission from the Soviet authorities to hold the Congress in Riga. Dr. Zarins signed up 250 Latvian doctors and their families from outside Latvia and chartered an airplane to fly a group of them to the Congress. This was the first time since World War II that a commercial flight from outside the Soviet Union landed in Latvia. The First Latvian World Congress in Medicine that was held in Riga in 1989 and was attended by 6000 doctors from Latvia. It was the greatest event in the history of Latvian medicine and the first large public demonstration by Latvians in their occupied country. The Congress helped bring about changes in the health care system of Latvia and was the forerunner of an independent Latvia’s reconnection with the free world.

From June 19 – 22 approximately 150 lectures and plenary sessions were presented. Six thousand Latvians participated. Political meetings, including meetings with the Popular front of Latvia, were held. Numerous entertainment and cultural events took place in many parts of Latvia. On June 26th 300 lectures in 27 specialty sessions were held in different parts of Riga. The closing ceremony took place in the National Opera of Latvia.

On the morning of the Congress on June 18, 1989 a public worship was held in the Riga Dome.  A large procession from the old city of Riga made its way to the Monument of Liberty where they put flowers and proceeded to the Sports Palace Hall for the opening ceremony. Six thousand people participated in the procession and ceremony.

Dr. Zarins used the income generated from this Congress (about $20,000) to establish the Latvian Medical Foundation (LMF).

The Second Latvian World Congress was held in 1993, the Third in 1997 and the Fourth in 2001.  Mr. Knight was the recognized for his contributions to Latvian medicine at the Fourth Congress. 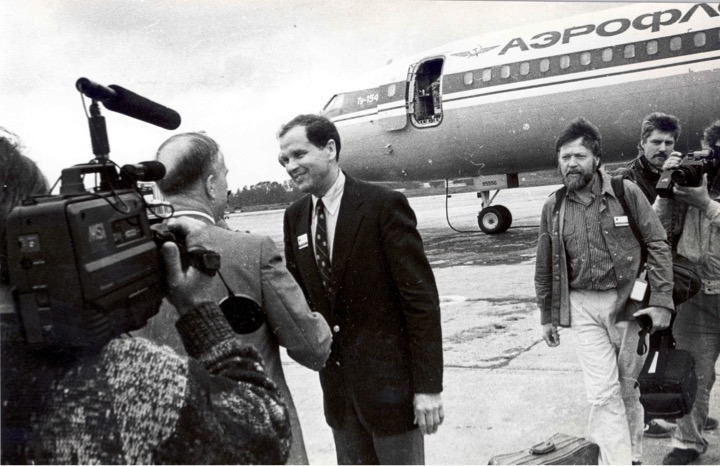 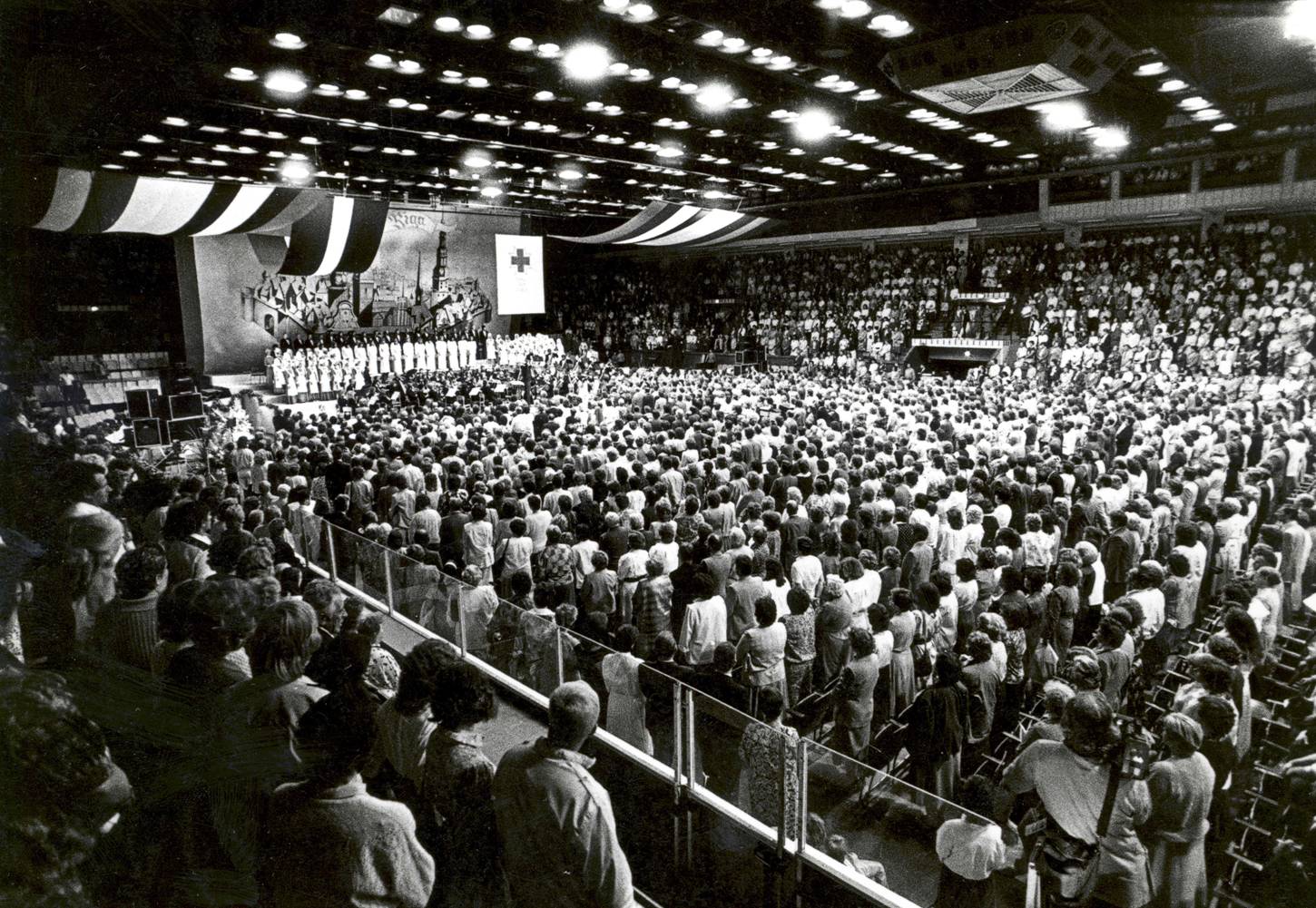 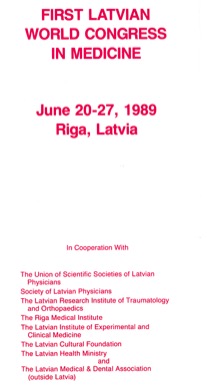 About first congress in 1989 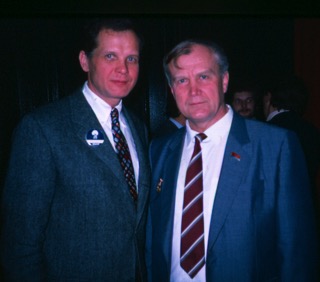 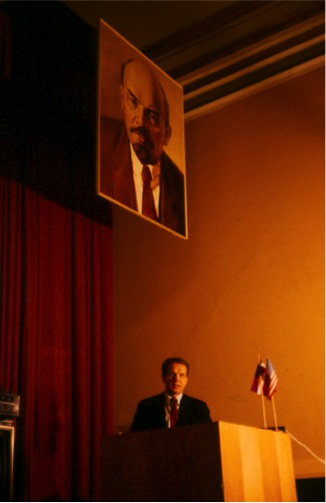 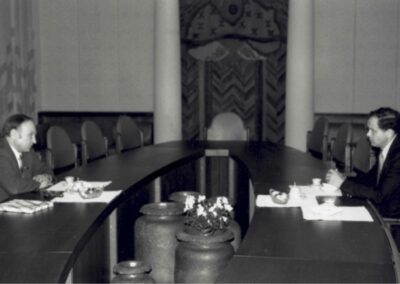 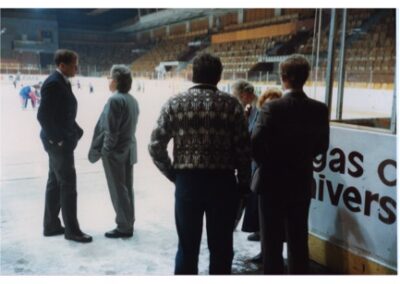 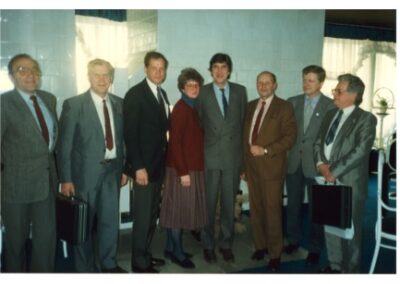 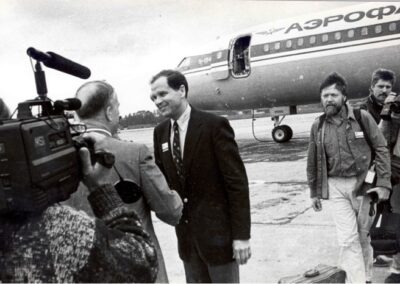 Dr. Kalnberzs greets Dr. Zarins on June 16, 1989 when the charter flight lands in Riga.This was the first international flight to land in Latvia since the end of WW II 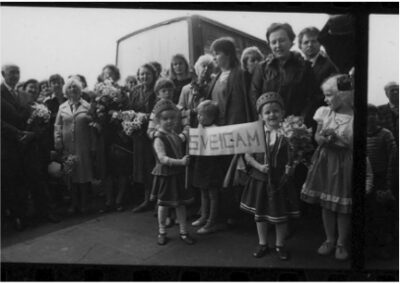 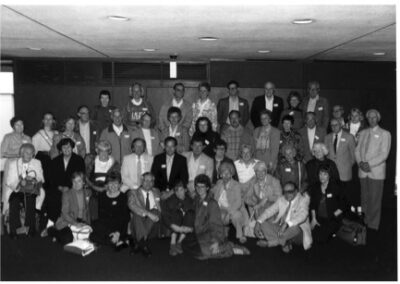 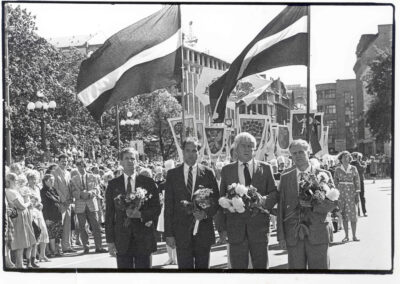 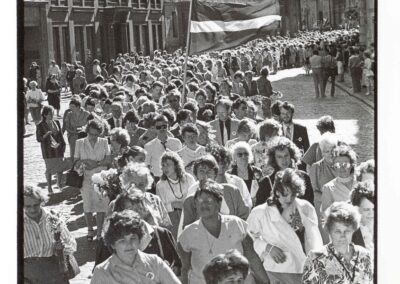 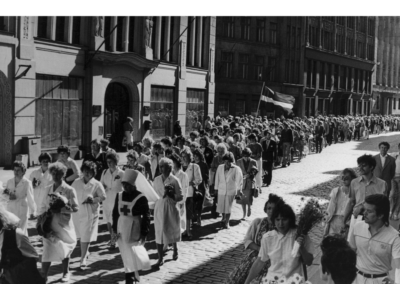 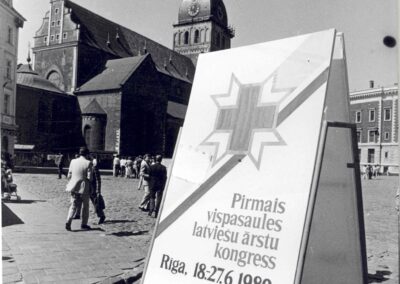 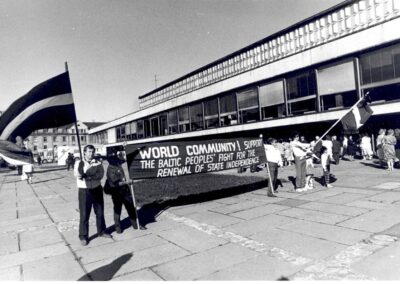 Anti-Soviet demonstrators outside the Congress Hall 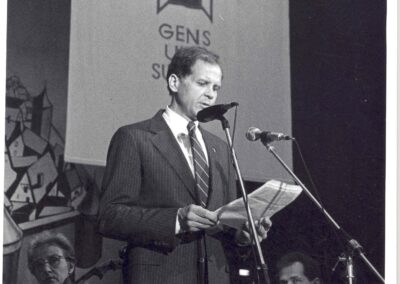 Dr. Zarins addressing the Congress at the opening ceremony 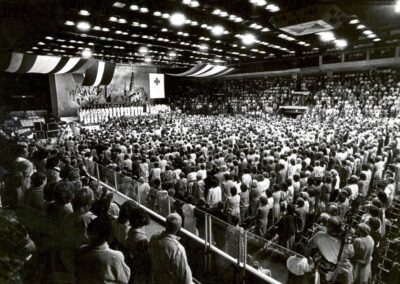 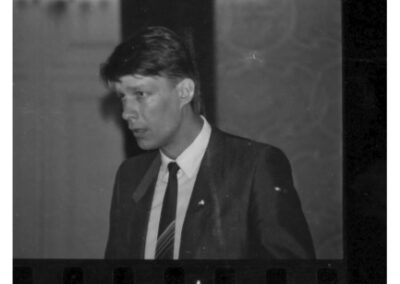 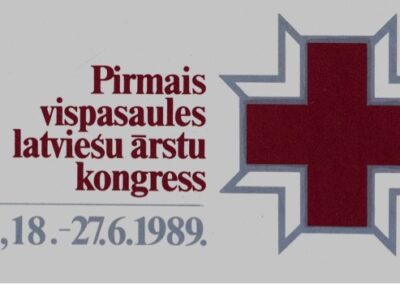